SWAMIJI'S 5 STEPS TO BRING ALIGNMENT INTO YOUR LIFE 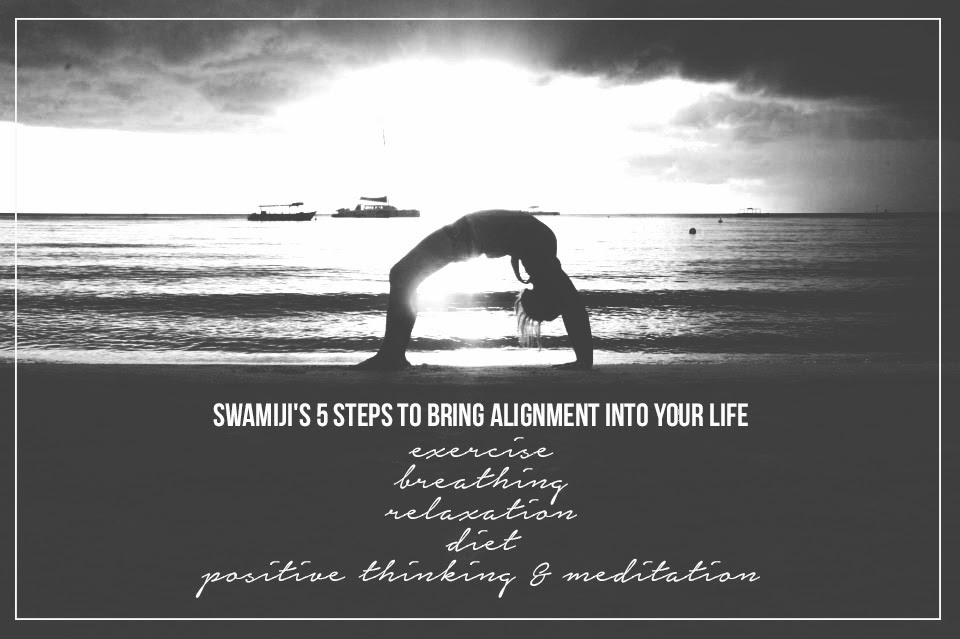 “Go to the West. People are waiting.”


These were the instructions Swami Sivananda gave his disciple, Swami Vishnudevananda. With this, Swami Vishnu left his native of India in 1957 to spread the teachings of Yoga and Vedanta through Western culture. Swamiji observed that Westerners had material comforts unfathomable in his village upbringing, yet were still longing for something… unfulfilled. This led to the establishment of the first Sivananda Yoga Vedanta Center in Montreal in 1959. Eventually his practical program based on the synthesis of yoga caught on like wildfire, and Centers and Ashrams began popping up in countries worldwide. Still fearing for the fate of humanity in its volatile state, Swamiji created the True World Order. His first act was to develop the Yoga Teacher’s Training Course in 1969; one of the first of it’s kind. The well rounded training included influences from each of the four paths of yoga: Karma Yoga, Bhakti Yoga, Raja Yoga, and Jnana Yoga, suited to meet each disposition. The course spread rapidly throughout the globe, and Swamiji began boundary breaking peace missions, propelling his dream for external peace through inner peace. 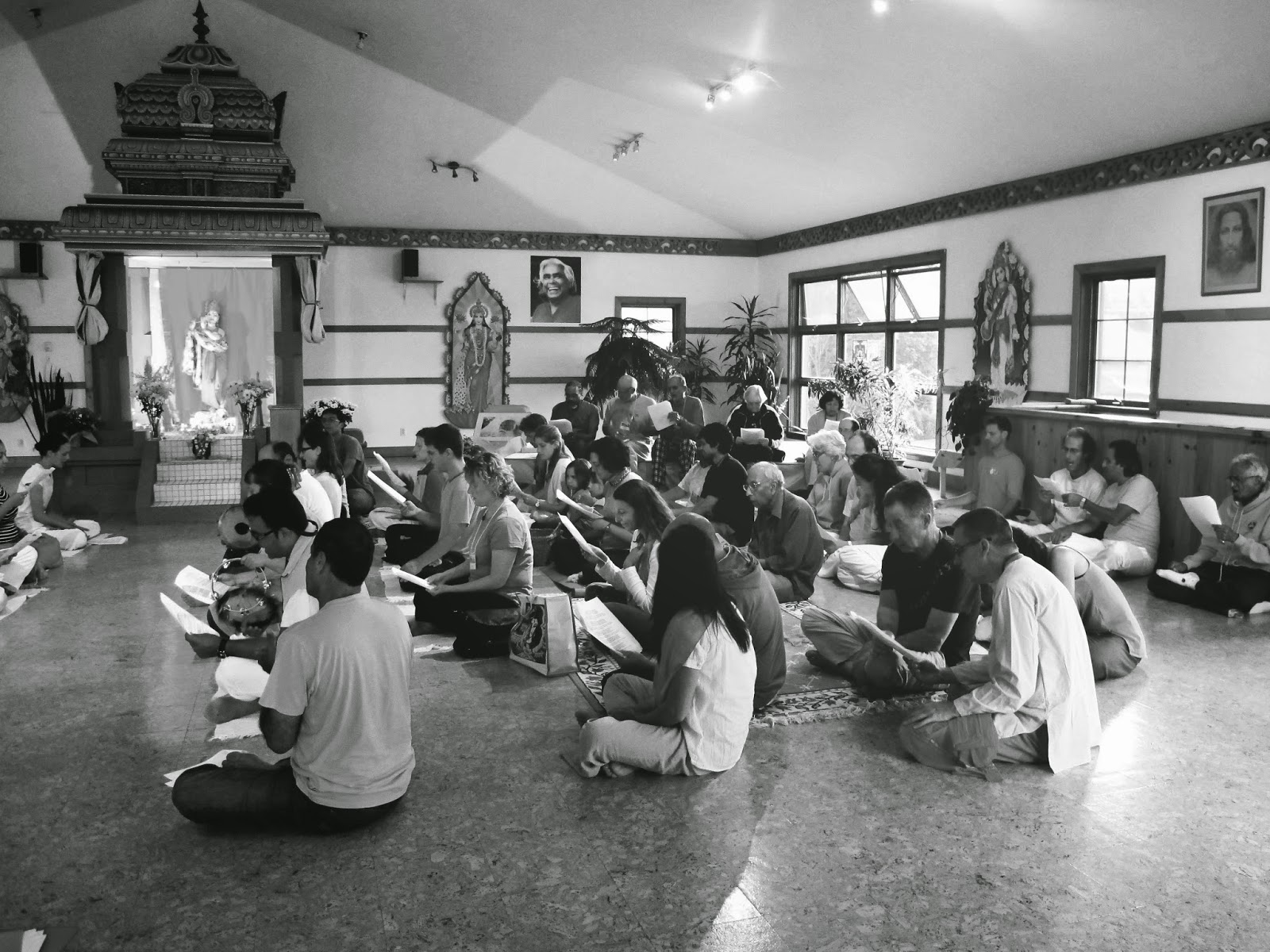 How to achieve this peace? Swamiji’s simple 5-step recipe, aimed to bring alignment into our lives. And isn’t that what we’re all looking for with yoga? A little balance, a little clarity, a little bit of a break from the everyday chaos that becomes our lives.

It begins with proper exercise. Asanas to stretch out each limb and muscle group, the perfect physical challenge for every age and ability. Keeping your practice invigorating, challenging, and stimulating through trying new postures, longer holds, more advanced variations. In yoga, there’s always room to go further.

Proper breathing: introducing pranayamas to quiet the mind, expand lung capacity, balance the hemispheres of the brain. Start with Kapalabhati and Anuloma Viloma, graduate to more advanced pranayamas once you have been practicing for an adequate time.

Proper relaxation: laying quietly in Savansana after practice, consciously releasing tension limb by limb. Being aware of the feeling of each body part, and releasing any strain in turn. Sorry Yogis, sitting on the couch scrolling social media is not the body-mind relaxation we’re going for…

Proper diet: listening to what your body needs instead of what your mind says you “should”. Some days the chocolate cake, some days the kale salad. Eat what makes you feel good, mentally and physically.

Finally, most importantly, most elusively, positive thinking and meditation. Sitting down to meditate, even if it begins with 5 minutes a night, yet tenaciously building your practice bit by bit. Bringing your concentration to a chosen focal point, inhaling and exhaling rhythmically, mentally repeating a mantra. Each time your mind drifts off, gently, forgivingly, returning it to the mantra, the focus point, the breath. With this, training your will power to control what is allowed to enter your psyche. Catching those destructive thoughts when they pass through, and consciously choosing not to dwell, but to observe and release them. This simplest of powers will cause an enormous shift in your perspective.

It all comes down to this: as Swami Vishnu put it:
“The spiritual investigation of life’s purposes requires a keen intellect and a strong will; these are the products of a healthy body and mind.”