YOGA: A SMALL PART IN A BIG GREY CUP VICTORY 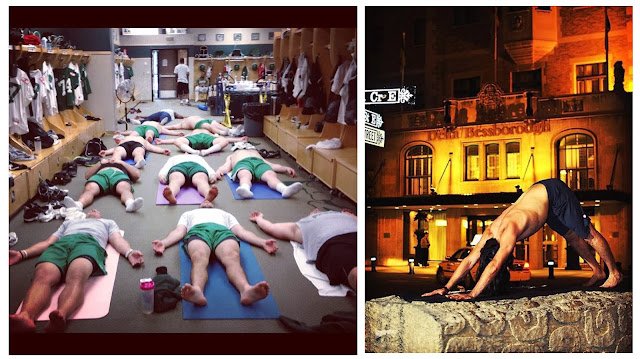 Last week, all of those who bleed green got to experience an incredible moment in prairie history: not only did the Saskatchewan Roughriders win the 101st Grey Cup, they won it on their home turf at Mosaic Stadium at Taylor Field in Regina, Saskatchewan. Roughrider fans epitomize the term prairie pride, with the Canadian Football League's most die hard fans. (The Saskatchewan Rough Riders franchise sells more merchandise than all other CFL teams combined, despite being the smallest market in the league.)

Fan support was one of the reasons the Roughriders were able to take home the cup. That along with smart passing, wicked receptions, and... pranayama breathing?

"It's a very fast-paced game," says Matt Yausie, the Roughriders contracted yoga instructor, "you may only have 20 seconds to recover. Yoga teaches athletes to be able to react with a calm state of mind."

Yausie, a Saskatoon native who teaches power flow yoga at Level 10 Fitness in Regina has been working with Roughriders players for the last three years in the off-season. Yausie is trained by Baron Baptiste, a power yoga legend who worked with the Philadelphia Eagles when they were the most injured football team in the NFL (who would later would become the least injured team in the league.) 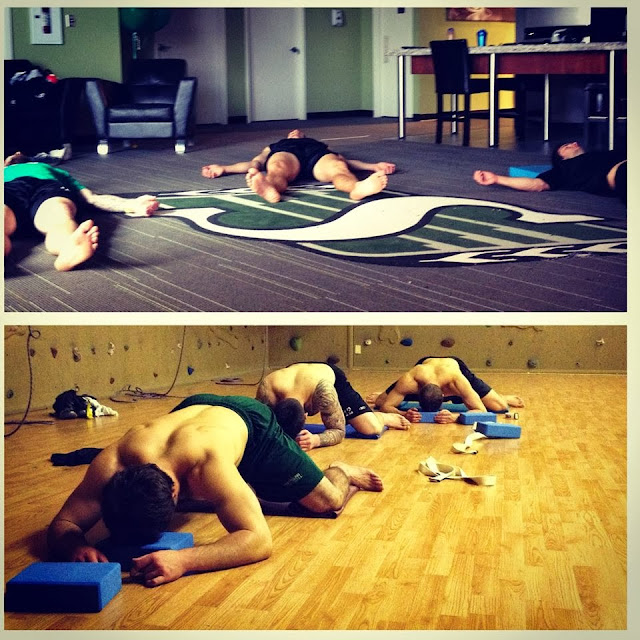