PRAIRIE YOGI OF THE MONTH- SEPTEMBER 2013


Meet Noah Krol. Handsome father of two, owner of Peg City Yoga studio in Winnipeg, Canada. Our readers have nominated Noah as your Prairie Yogi of the Month for September, 2013 and we couldn't be happier to have sat down with this three time Lululemon ambassador.

Come and join Noah (and us!) at his Body of Light Yoga Workshops on September 20-22nd, 2013 at Peg City Yoga in Winnipeg, Canada. Early bird prices have been extended to this upcoming Monday, September 9th! 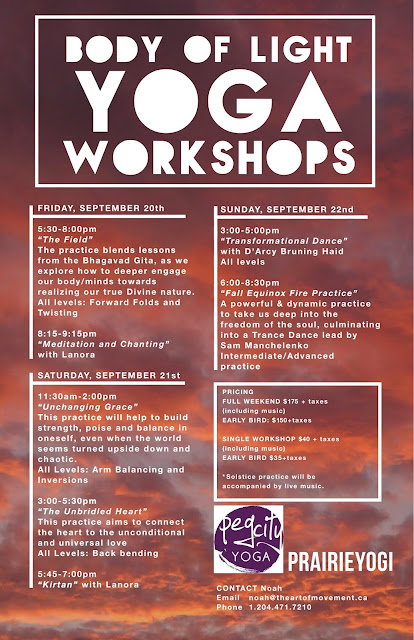